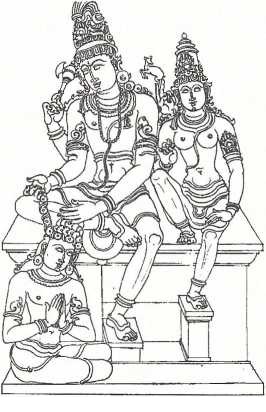 Temples and image worship has a long history in religion and culture. The three main cults of the religion are :

These cults has given rise to a variety of icons during the course of its evolution. One set of such icons pertaining especially to Lord Śiva, showing benediction to his devotees is called ‘anugraha-murti.’

One hand of the image is usually kept on the head of the supplicant while one of the other hands exhibits abhayamudrā (protection-giving pose) or varadamudrā (boon- giving pose).