Bāl Gaṅgādhar Tilak lived in A.D. 1856-1920. He was one of the most towering personalities of pre-Independence India who fought for the freedom of this country. He was born as the only son of Gaṅgādhar Pant and Pārvatī in A. D. 1856 at Ratnagiri in Maharashtra. He was extraordinarily intelligent, endowed with an iron will. He was well-educated in Sanskrit and Marāṭhī apart from the usual subjects in languages and science. After getting his Law degree in A. D. 1879, he preferred the teaching profession.

He along with one of his friends named Agarkar, started the New English School, the very next year. It became an instant success because of its special methods of teaching and strict discipline. Within a few years it grew into a big educational institution known as Deccan Education Society. 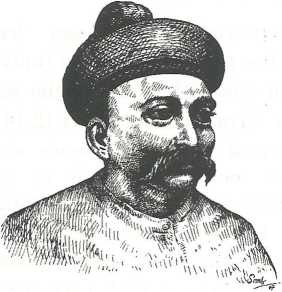 Tilak started two newspapers which were totally dedicated to nationalism and freedom struggle. They were:

His revolutionary writings in these journals made him a hero in the eyes of the people and also roused the wrath of the British rulers. During this period, he started the tradition of public celebrations of the Gaṇeśa festival with a view to uniting all the Hindus irrespective of their caste or creed. This very soon attained the status as a national festival. He also did relief work among the masses during famine in A. D. 1896 and epidemic diseases next year.

He was closely associated with the Indian National Congress along with Lālā Lajpat Roy,[1] Bipincandra Pāl[2] and many other well-known leaders. His active propagation for attaining “Svarājya’[3] through the famous statement, ‘Svarāj is my birthright!’ resulted in his imprisonment several times.

During the six-year period that he spent in the Mandalay jail,[4] he wrote his now famous work Gitārahasya. His other works are Orion:

He launched the Home Rule League to mobilize public opinion towards political freedom and draft a comprehensive blueprint for the reconstruction of India after freedom. He passed away on 31st July 1920.