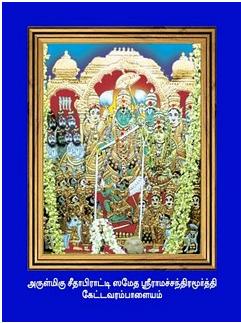 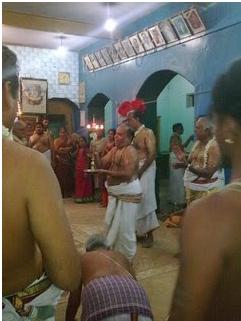 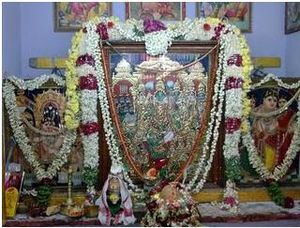 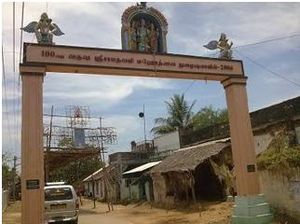 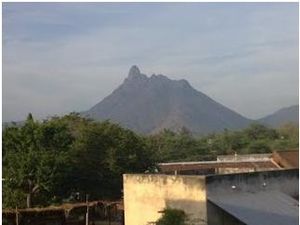 It is said that this village was once called Kashtaharampalayam (a place where ones difficulties are overcome) and in later days known as Kettavarampalayam (means granting boons as per wishes) as many devotees’ wishes were granted by Lord Sri Rama here.

This is one place where one can hear, see and feel Sri Rama Nama round the clock on all the 10 days of Sri Rama Navami.

This tradition was started over a century ago in 1907 by one Sri Janakirama Dhikshithar in a small way during Sri Rama Navami. This cult has been carried forward through generations by various Baagavathas during various periods and now has evolved as a very popular place for Sri Rama and Sampradaaya Bhajans. An unique feature of Bhajans at Kettavarampalayam is that the entire Bhajan from start to finish is rendered in the standing posture by everyone, irrespective of the number of hours.

Kettavarampalayam celebrates the 103rd year of Sri Rama Navami this year with the same faith and devotion instilled by their ancestors. Every year during these 10 days devotees throng from various parts of the country to witness the festival and take part in it. It is a feast for the soul to watch the proceedings during the festival at Kettavarampalayam.

All the above happens, not in some ancient temple or a grand auditorium but in a simple Mandapam constructed and maintained exclusively for this cause. The shrine does not even have an idol of Sri Rama, but has a beautiful image of Sri Rama Pattaabhishekam with divine charm. This place is called Sri Rama Bhajanai Mandhiram.

The festival here starts on Sri Rama Navami day and goes on for 10 days with various events happening on each day. Sri Rama Seetha Kalyanam (Ram Sita Marriage festival) is very popular here. The festival ends with Hanumanthothsavam on the last day.

Lakshaarchana is conducted every day on all the days of the festival. One can witness Lakshaarchana, Vedic chanting, Ashtapathis, Sampradaaya Bhajans and much more happening round the clock in this village. It is said that, in Kaliyuga, Bhajans and Nama Sankeerthanams are the best way to reach God.

Unjavruthi tradition is very popular here, where Baagavathas reciting Bhajans on the street visit every house collecting Bhiksha. Members from every house offer rice as Bhiksha which is collected and offered to the Lord here.

Also very renowned Baagavathas and Bhajan groups come and perform Bhajans every year in this village.

On entering the village, there is an arch constructed during the centenary year which welcomes us towards Sri Rama Mandhiram. Sri Rama Mandhiram is present in the same street with Sri Rama in His beautiful Pattaabhishekam posture. Devotees in large numbers visit this place during Sri Rama Navami days. The photographs of all the scholars including Sri Janakirama Dhikshithar who started Sri Rama Navami here and others who were instrumental in keeping the Kettavarampalayam tradition alive are preserved and displayed in this Mandhiram.

A trust called Kettavarampalayam Sri Rama Bhajanai Mandhiram Trust was formed by the local people and they have constructed a huge Mandapam to accommodate, free of cost, the visiting pilgrims. Pilgrims can have a comfortable stay at this Mandapam which is attached with all the basic amenities.

Irrespective of the number of visitors, the trust feeds each and every pilgrim visiting this place right from coffee, breakfast, lunch and dinner every day during these 10 days. There is a vast dining hall just behind Sri Rama Mandhiram which feeds thousands of pilgrims every year.

The native people have also recently formed a Vedha Paatasaala (Vedic school) to teach Vedhas to aspiring children. The Paatasaala is run in this village itself with about 4 residential students for now.

This village has a small beautiful temple for Sri Kasi Viswanathar. Another feature of this village is its ancient hill temple called Malaikkovil where Sri Venkatesa Perumaal is blessing the devotees.

Thus Kettavarampalayam is sanctified by various temples around it and with Sri Rama Nama being chanted for over a century. There is also an age old saying that “One should visit Kettavarampalayam at least once in their life time”.

Kettavarampalayam is a small village located about 20 kms south west of Polur. Polur can be reached by road from Chennai or Thiruvannamalai and also from Vellore. Buses which ply from Polur to Melcholankuppam stop at Kettavarampalayam.