Vīraśaiva is a vibrant monotheistic faith, particularly prominent in its homeland—Karnataka. It was made popular by the Sri Basaveshvara (1105-67). The Vīraśaiva movement championed the cause of the downtrodden and evolved as a revolt against a system which fostered social inequality. Going against the way of the times, it rejected Vedic authority, caste hierarchy, the system of four stages of life, and veneration of a multiplicity of gods; the concepts of karmic bondage, existence of inner worlds, and the duality of God and soul; temple worship, ritualistic priest-craft, animal sacrifice, and the traditions of ritual purity-pollution.

To a Vīraśaiva, Shiva is the Supreme God, and he is to be worshiped through the linga. The linga is not an image of Shiva, but Shiva himself. It is described as a great mass of light shining before the eye. Shiva is the linga and the jiva is the anga (part); and the main purpose of Vīraśaiva worship is the search for and realization of the devotee’s divine oneness with Shiva through the linga. This is technically called lingānusandhāna, the internal penetration into Shiva through the worship and contemplation of the linga. It culminates in lingaikyatva when the anga or jiva becomes one with the Linga or the Supreme Shiva. To facilitate this union with and final absorption into the Deity, the Vīraśaiva takes recourse to Vīraśaiva initiation, astāvaranas or ‘eight aids to faith’, and the practice of the Sat-sthala Siddhānta philosophy described below. 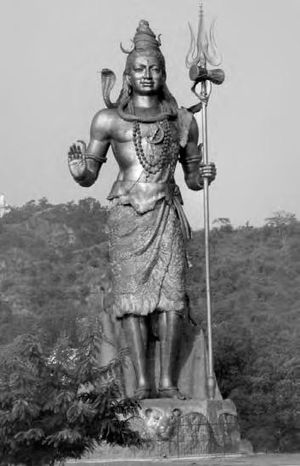 Diksha (initiation), which opens the door and admits a person into the fold of Vīraśaivism, is considered essential and compulsory for attaining the final goal. It is simultaneous with lingadhārana or wearing of the linga. Hence the Vīraśaivas are also called Lingayats (bearers of the linga). Shiva resides in the disciple in the form of Consciousness or caitanya. It is believed that during the initiation ceremony the guru, through his spiritual power, extracts the caitanya existing in the body of the pupil and places it in the consecrated linga. The linga is worn encased in a pendant around the neck and worshiped throughout life. The linga must on no account be separated from the body, since such separation is equivalent to spiritual death. Vīraśaivism strongly condemns worship of Shiva in any form other than the istalinga (the personal linga). The guru also supplies the pupil with the eight emblems of faith which stand the devotee in good stead in his spiritual life. These eight aids to spiritual life are obedience to the guru, worship of the linga, reverence for the jangama or Vīraśaiva teachers, wearing of the sacred rudrāksa (rosary), use of the holy ash sacred to Shiva, partaking of the guru’s prasad, purification through holy water called tīrtha, and repetition of the six-lettered mantra Om Namah Śivāya, meaning ‘Obeisance to Shiva’. This mantra is to the Śaivas what Gayatri is to the Brahmanas. The Vīraśaivas do not accept any other mantra.

The philosophy of the Vīraśaivas is called the Sat-sthala Siddhānta. Its essence is the acceptance of the sat-sthalas, a progressive six-stage path of devotion and surrender, as the best means of achieving union with Shiva. Beginning with the acute realization of separation from God, the devotee passes through the stages of

Each phase brings the seeker and Shiva closer, until they fuse together in a final state of perpetual Shiva-consciousness, as rivers merging in the ocean. It is insisted that in all these stages the istalinga must be worshiped, and that the istalinga must always serve as the basis of contemplation. A brief description of the sat-sthalas follows: 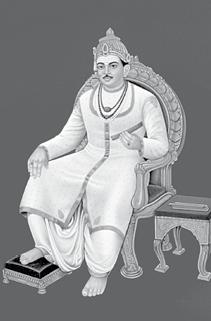 In the bhakta-sthala stage, the individual is offered the istalinga by his guru, who instructs him about the goal and the method of attaining it. The goal is unity with the Deity, which implies that the seeker is also akin to the Deity. Great emphasis is placed on devotional and ethical practices, which purify the soul of the impurities of egoism, passions, and destructive emotions. The devotee then rises to the maheśa-sthala, where he is in a joyful mood and is intent on serving others. The stage lays stress on firmness, courage, and staunch adherence to the Vīraśaiva dogmas. Observance of vows (vrata), regulations (niyama), and moral precepts (śīla); pure devotion, and freedom from desires enhance the purity of the soul. The devotee thus ascends to the prasādi-sthala, where the favour or grace (prasāda) of Shiva is bestowed upon him. He is now a prasādin and looks upon all objects as Shiva’s prasāda. Kriyā in the form of worship and jñāna are blended together from the beginning to the end. However, in the first three stages, worship gets an upper hand, and the distinction between the Deity and the devotee is maintained. In the next three stages, jnana predominates, and the distinction between Deity and devotee gradually decreases. In its place, the idea of the identity of the soul with the Deity emerges and becomes brighter. Through meditation, the devotee ascends to the prānalingi-sthala, where he realizes the Atman, the internal illuminating light of Consciousness (prāna means Atman here, and not vital force). The soul feels sure of its identity with the Deity, but due to the residual impressions of duality the identity is not complete. In the next stage, śarana-sthala, there is complete self-surrender to Shiva. The soul is in communion with the Deity, but duality still exists, though markedly attenuated. In the final stage, aikya-sthala, there is complete unity, and the soul ceases to exist as distinct from the Deity.

Vīraśaiva saints say that this final attainment is beyond what can be humanly expressed. It is only to be felt and experienced. The saint Renukacharya said, ‘Like water poured in water, fire placed in fire, the soul that becomes mingled in the Supreme Shiva is not seen as distinct.’